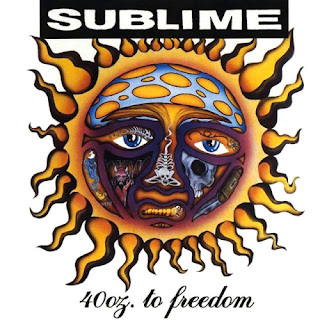 The Firstmerit Pavilion at Northerly Island Chicago was jam packed with excited concertgoers waiting to headbang to Sublime with Rome on the beautiful hot and sunny day of Aug. 21, but they would have to sit tight.

After waiting through three similar artists, Mikey Avalon, Pepper and Rebelution, Sublime with Rome was going to take the stage. When Rebelution, the last of the three opening acts finally came to a close, the crowd was more than ready for the promise of Sublime with Rome to show their faces. As the sea-themed banner rolled down from its stand above the stage, the bright white lights faded out into darkness. The final act was beginning as the opening chords to the cover of the Sublime song "Date Rape" exploded through the roaring crowd.

Rome Ramirez, the bands lead singer and guitarist, came into the view of the audience with his fellow bandmates Eric Wilson, bassist, and Josh Freese, drums, and blew the screaming crowd off their feet. The band, originally named Sublime, closed for business after the death of original frontman Bradley Nowell. However, with the accession of Ramirez, Sublime reformed in 2009. After a lawsuit against the band by Nowell's family, the bandmembers added "with Rome" to the end of their name to avoid further conflict.

The band can best be described at Reggae, Alternative Rock or a mix between the two, which they display in their music. Sublime with Rome currently has two albums out. Yours Truly, their first album together, came out in 2011. The album included their hit single "Take It Or Leave It." After four years of suspenseful waiting, Sublime with Rome finally released their second album Sirens. The song Wherever You Go, their first single released from the album, hit 17 in the US Alternative section.