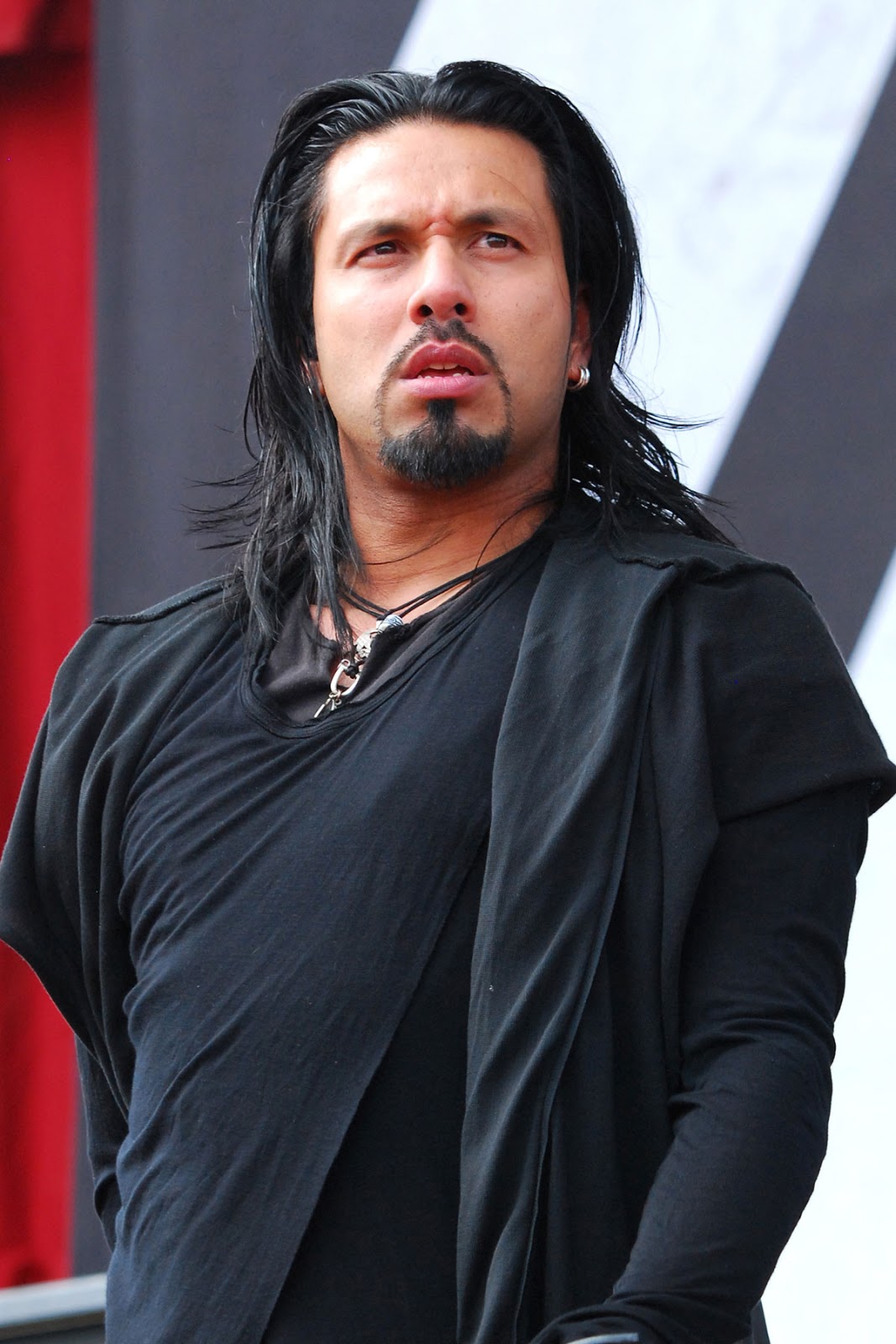 Pop Evil at the Apollo Theatre in Belvidere

Being a girl from a small town, I can always appreciate when a big time act comes roaring through. I have established that I love all things rock. So, the fact that Pop Evil was putting on a show at The Apollo Theatre in Belvidere, Illinois on December 19th, 2015, I was there to see the popular band play to the little city.

I have been a fan of Pop Evil for quite some time. I remember hearing the song, "Boss's Daughter" on the radio and I was hooked. I thought it was a rip roaring, tongue in cheek tune. Now, just in case you don't know who Pop Evil is, here is some background information for you:

Pop Evil hails from Muskegon, Michigan. (I heard they are Wolverines fans.) The lead singer, Leight Kakaty (Vocals), formed the original band in 2001. The current lineup is Chachi Riot (Drums), Dave Grahs (Guitar), Matt DiRtio and Nick Fueling (Guitar). Pop Evil was on tour to support their great new album, "UP." (Of course, that is my opinion. However, I do have great taste in music. #Lol.) Their latest single is "Ways to get High." That ditty has such a pop rock sound to it, anyone can get up and just dance to it. I love it.

On this cold weatherly night in Belvidere, there were two opening bands before Pop Evil even hit the stage. The first one was a female fronted band from Chicago called Romantic Rebel. For the first time seeing this band and having no clue of them what so ever, I was highly impressed. The female lead singer, Katie Paige, has a great pinup girl look to her while still rocking the stage at The Apollo. I was enjoying Katie had this "girl power" attitude and could truly wail on stage.

The second band to hit the stage was Another Lost Year. Again, I had no idea of this band. This band hales from Charlotte, NC. Another Lost Year has a sort of blues, country rock vibe to their music which I did enjoy. The one song I noticed my body dancing to was "Cold Hearted Bitch."

After Another Lost Year finished their set, the audience at the theater seriously became to get anxious wanting to see their favorite band hit the stage. It almost became unbearable to stand there with the packed crowd. However, I knew Pop Evil would put on an amazing show. Once Pop Evil walked onto the stage, I could tell the entire audience had shivers down their spines. The haunting sounds of the song "Deal with The Devil" came over the speakers and Leigh's presence was on stage in all its glory. The crowd bobbed and weaved back and forth while singing along to each song. One thing I find so addicting about Pop Evil is the energy they bring to their shows. Each band member is a master at their craft and yet is so relatable. I was standing in the audience just rocking out to some of my favorites: Trenches, Torn to Pieces, Boss' Daughter etc. Leigh commands the show with his stage presence. It mesmerizing to see audience member hang on to every word he sings on the microphone. The band was winding down the show with their ever popular song "Footsteps." Every single person there was singing and throwing the goat while enjoying the last song of the evening. I do have to say, I have seen Pop Evil before when they were on tour with Theory of a Deadman. It was truly nice to see them headline their own tour and kicking ass at it. Pop Evil has become a staple in Alternative Music and it is great to see a band from Michigan gain great popularity. #Cheers to all the guys in Pop Evil and here is to continued.