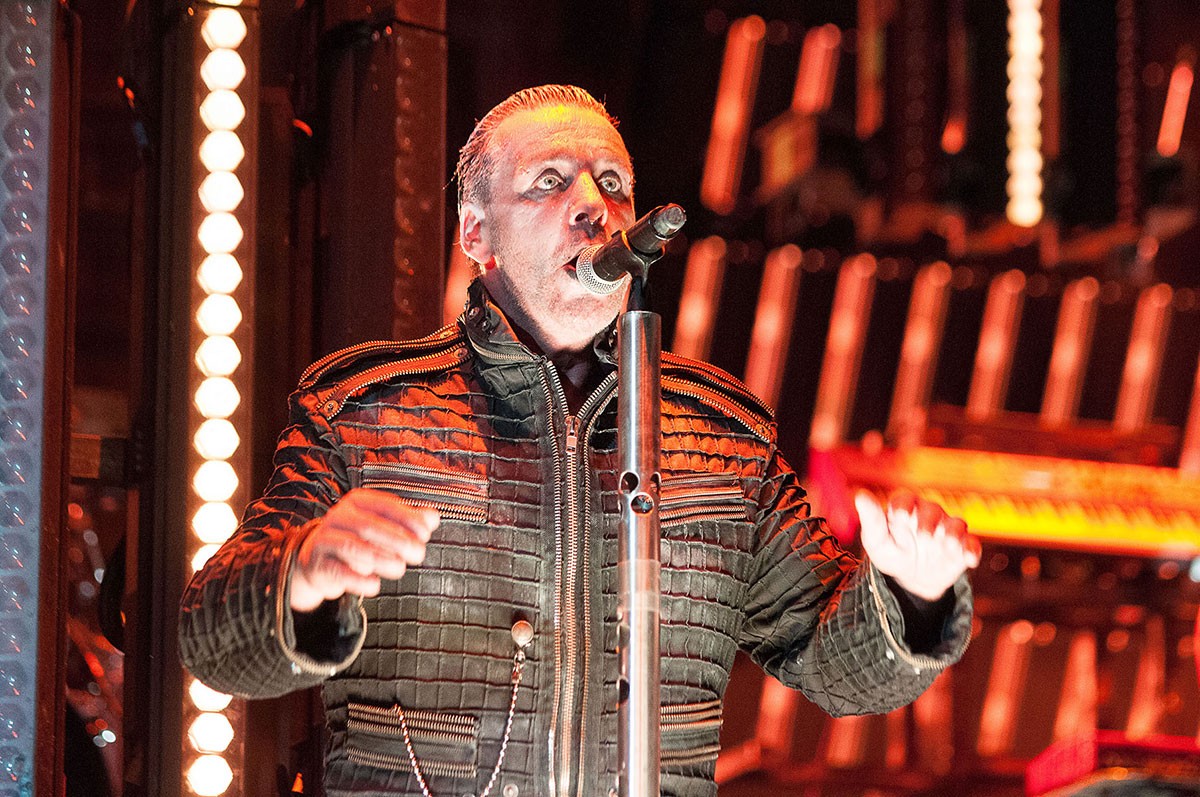 Rammstein was formed in 1993 by an ensemble of factory-weary proletarians raised in East Germany. They took their name (adding an "m") from the location of a German tragedy where 80 people were injured and killed as the result of a crash during an American Air Force air show. The literal translation of "Ram Stein" is a battering ram made of stone.

Rammstein's new documentary, Rammstein: Paris, is screening in over 1,000 cinemas in 46 countries. The film was shot in March 2012 at the Accor Hotels Arena in Paris during Rammstein's "Made In Germany" tour, and was helmed by longtime collaborator and esteemed Swedish director Jonas Åkerlund. The band is also reportedly working on new material, and has been performing a new song, "Ramm 4," a tribute to their past material, at live shows this year.

Rammstein's VIDEOS 1995-2012 DVD collection is released today, March 12, 2013. Available on three DVDs or two Blu-rays, the collection will be released through the band's marketing and distribution deal with Density Records in the US.

The collection includes the legendary German band's complete music video catalog along with two new videos for the song "Mein Herz Brennt," and is available on standard DVD and Blu-ray. Videos 1995-2012 features 25 music videos, 24 behind-the-scenes clips of the making-of-the-videos and a 56-page booklet.

In celebration of the DVD collection's release, a six-track digital single of "Mein Herz Brennt" a track from the band's 2001 release, Mutter - has been made available exclusively on iTunes and includes a digital booklet along with the previously unreleased track, "Gib Mir Deine Augen."

Rammstein released Made in Germany, their greatest hits album, last December and the Berlin-based six-piece have been performing extensively around the world. Rammstein keep up the pace in 2013 with several European festivals already confirmed. Fans can find a complete list of tour dates with ticket information on the band's website.