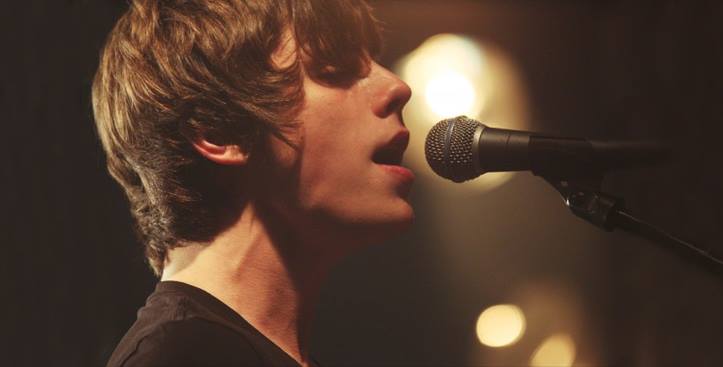 Mr. Small's is one of my favorite music venues. In its former life it was a Catholic church, now renovated and re-purposed into an 850 capacity venue. I opted for the balcony experience for this show. Food and drinks were included in the extra ticket price as well as a seat up high from the floor. The acoustics are perfect and there is a state of the art sound system that makes most performances sound great. Located in the heart of Millvale, PA. Mr. Small's has made a name for itself and has attracted artists from all over the world as well as local performers, who often open up for the main acts.

Syd Arthur started off the evening with an upbeat performance. I was not familiar with the group but I will definitely check out their music now. They started in the UK and the band consists of three brothers; Liam Magill on lead vocals and guitar, Joel Magill on bass and vocals, Josh Magill on drums and Raven Bush on keyboard, guitar and mandolin. Liam Magill has an unusual quality to his voice that resonates in every song. The lyrics were interesting and complemented the music. Raven Bush added so much depth to the music with his keyboard, mandolin and guitar accompaniment.

Jake Bugg is only 22, but has 3 albums under his belt already. Jake picked up the guitar at the age of 12 and hasn't slowed down since. The minute he walked onto stage, he owned it. There was a band in the background but they were only an accessory. Jake Bugg doesn't need any dancers in the background or fancy light displays, he stands alone with his strong vocals, lyrics and his master of the guitar. He changed guitars frequently and every guitar added a different quality to each individual song. The energy that he put into every song was apparent. He seemed to morph into Neil Young while singing 'As a Storm Passes Away'.

At one point the band left the stage and Jake memorized the audience with a solo acoustic performance of a 'Song about Love'. Every song was played in the zone and he extended each song with unique guitar riffs. The crowd was engaged the entire performance, there was little banter from Jake, but it was not needed. Most of the crowd knew the lyrics to the songs, they danced and sang along.

The final songs were his most familiar, ending the set with the popular 'Lightning Bolt'. The live performance was exceptional. Jake seemed to have endless energy, as he had been on stage for about an hour and a half at this point. There was no encore, but I personally prefer that to the chanting and enticing the performers back onto the stage.

In summary, the show was exceptional, both Syd Arthur and Jake Bugg putting on an entire evening. I'm looking forward to seeing what Jake can produce in the future as his music has matured and changed with every new release of a song or album. He can go from an alternative country song to something that could have been released in the '50's to a modern alternative hit. His range of music is broad and varied, his guitar playing exceptional, his voice is unique and strong with lyrics that catchy as well as interesting. I would definitely recommend seeing him play live and also listening to the albums he has produced. Jake Bugg is an artist that definitely will be a force in the future if he continues on the path he is on now.