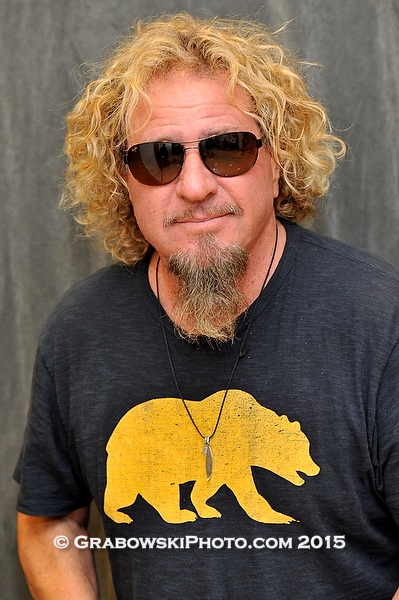 Sammy Hagar is currently out on a book tour for his "Are We Having Any Fun Yet?"; The Cooking and Partying Handbook by HarperCollins. He made a stop in Naperville, IL. on September 17, 2015 for a book signing and Q&A event hosted by Anderson's Bookshop at Wentz Hall, on the campus of North Central College just west of Chicago.

Sammy Hagar has belted out hit after hit for more than 40 years and now shares his favorite food and drink recipes in his latest book,"Are We Having Any Fun Yet?". 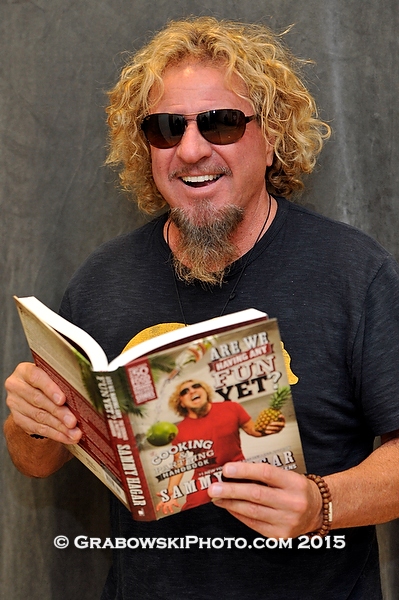 Are We having Any Fun Yet?: The Cooking and Partying Handbook by Sammy Hagar
Anderson's Bookshop
Naperville, IL, USA
September 17, 2015
Photos by Rob Grabowski

Samuel Roy "Sammy" Hagar (born October 13, 1947), also known as The Red Rocker, is an American rock vocalist, guitarist, songwriter and musician. Hagar came to prominence in the 1970s with the hard rock band Montrose. He afterwards launched a successful solo career, scoring an enduring hit in 1984 with "I Can't Drive 55." He enjoyed huge commercial success when he replaced David Lee Roth as the lead singer of Van Halen in 1985, but left the band in 1996. He returned to the band for a 2-year reunion from 2003 to 2005. On March 12, 2007, Hagar was inducted into the Rock and Roll Hall of Fame as a member of Van Halen. His musical style primarily consists of hard rock and heavy metal.

Outside of music, he founded the Cabo Wabo Tequila brand and restaurant chain, as well as Sammy's Beach Bar Rum. His present musical project is lead singer of Chickenfoot. Wikipedia